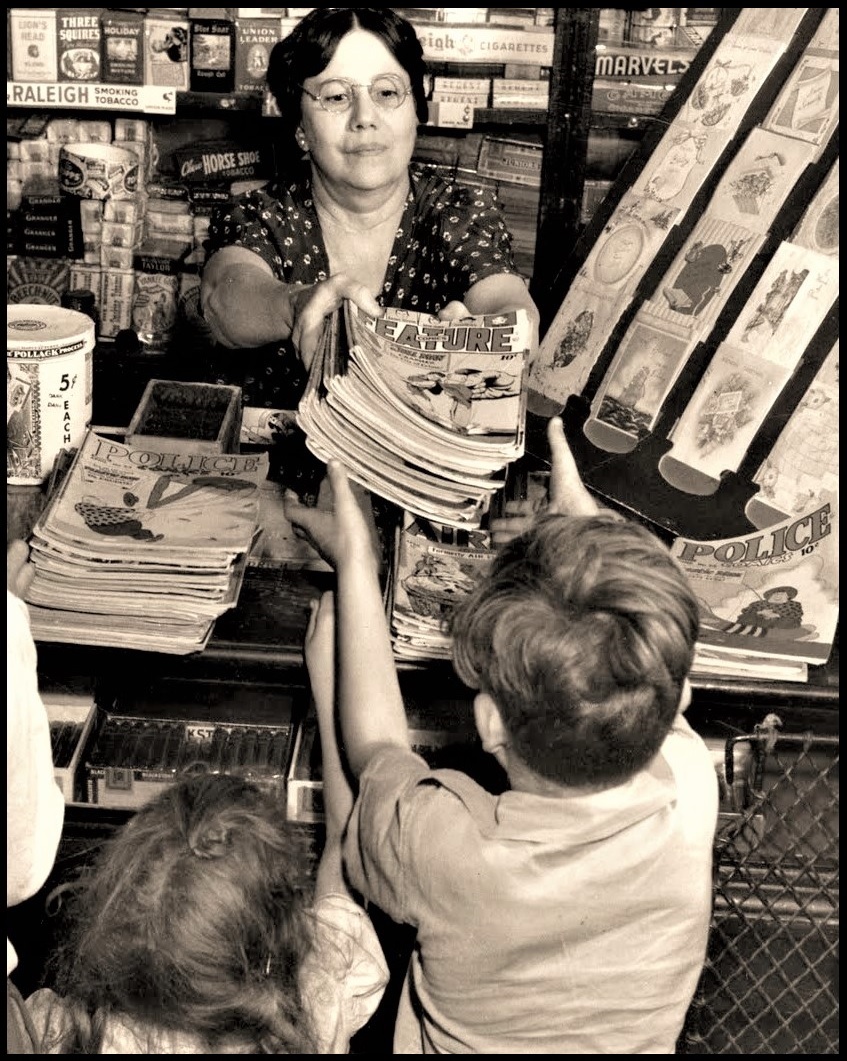 In times past, before comic shops and conventions, comic book fans had over means of finding back issues. Often it was a kid-to-kid transaction brokered over a soda or outside a candy store. Other times, though, when a specific issue was desired, someone with a larger inventory was required and that’s where magazine exchanges came in. 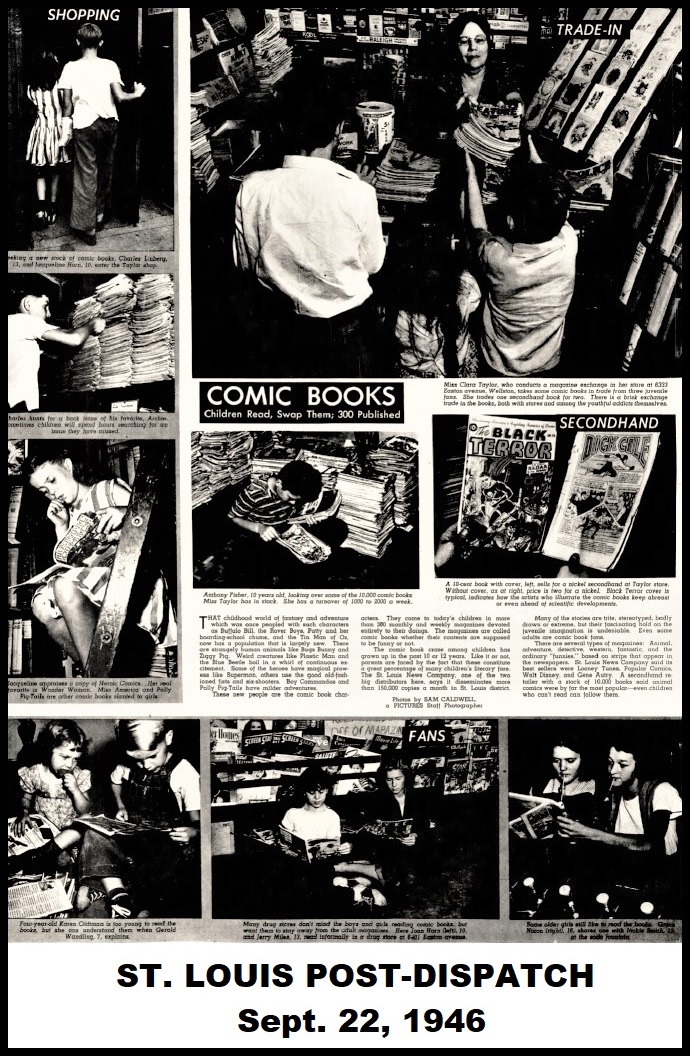 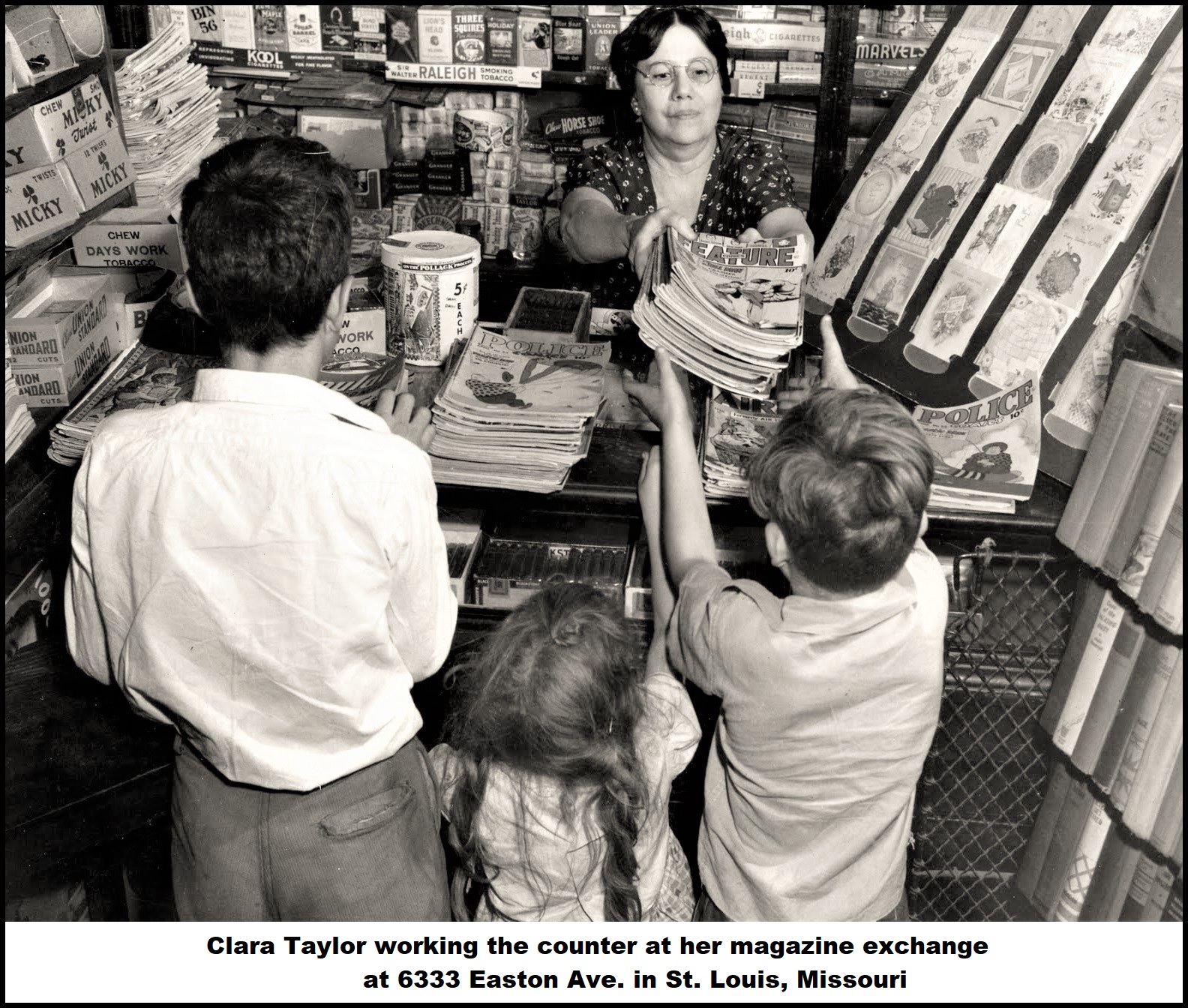 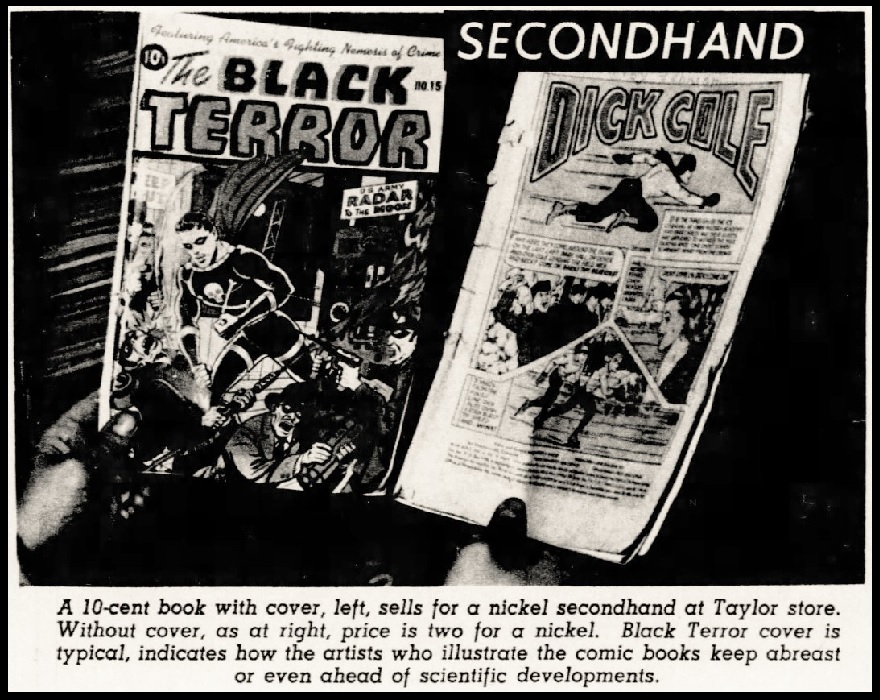 Two comics get one back in trade 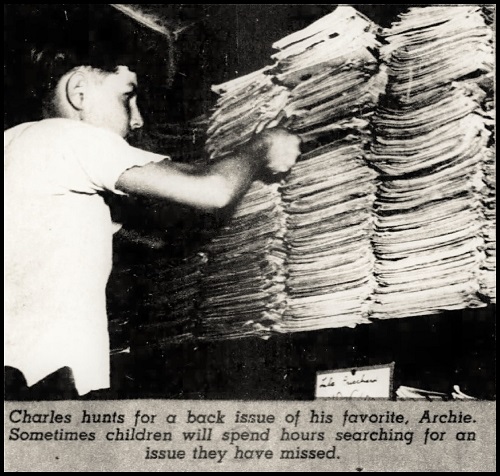 “A 10-cent book with cover…sells for a nickel secondhand at Taylor[‘s] store. Without cover…the price is two for a nickel.”

For those without the spare five cents, Taylor allowed them to trade in two comics for one from her stock.

Her magazine exchange store in the Wellston neighborhood of St. Louis was evidently a popular hangout for children with a comic book habit. The ST. LOUIS POST-DISPATCH featured her in an photographic layout and article that appeared in their Sinday roto-gravure section, “Pictures,” on September 22, 1946.

According to the article, 150,000 comics were distributed in St. Louis each month

The article noted that Taylor had 10,000 back issue comics on hand and did a brisk business with a “turnover of 1000 to 2000 comics a week.” An amazing number, if true. The huge stacks of comics pictured in the layout tend to support her claim. 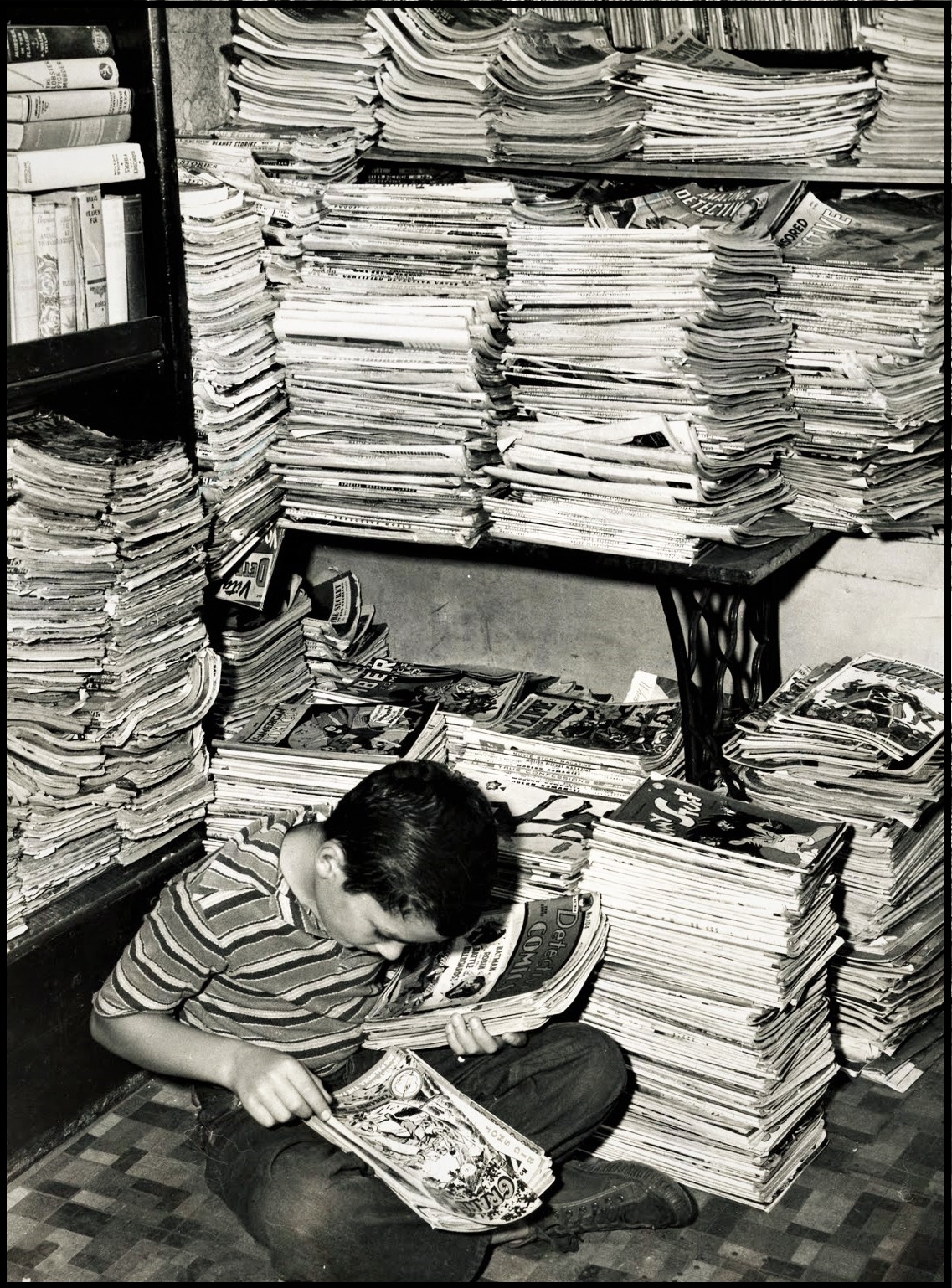 Taylor’s magazine exchange is long gone. Even its address at 6333 Easton Avenue has been changed to 6333 Dr. Martin Luther King Drive and the storefront is now part of a Baptist church.

A girl reading an issue of HEROIC COMICS

But the charming photos of children reading and bartering for their four-color treasures remain and recall a simpler time of simpler pleasures. 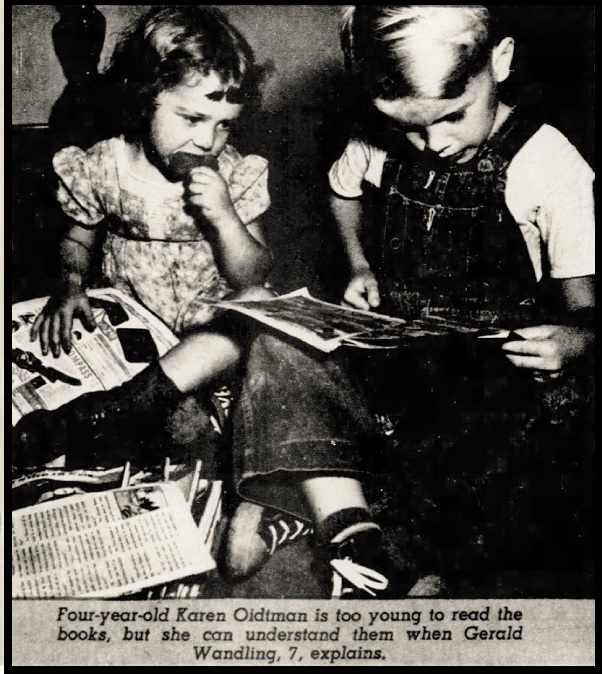 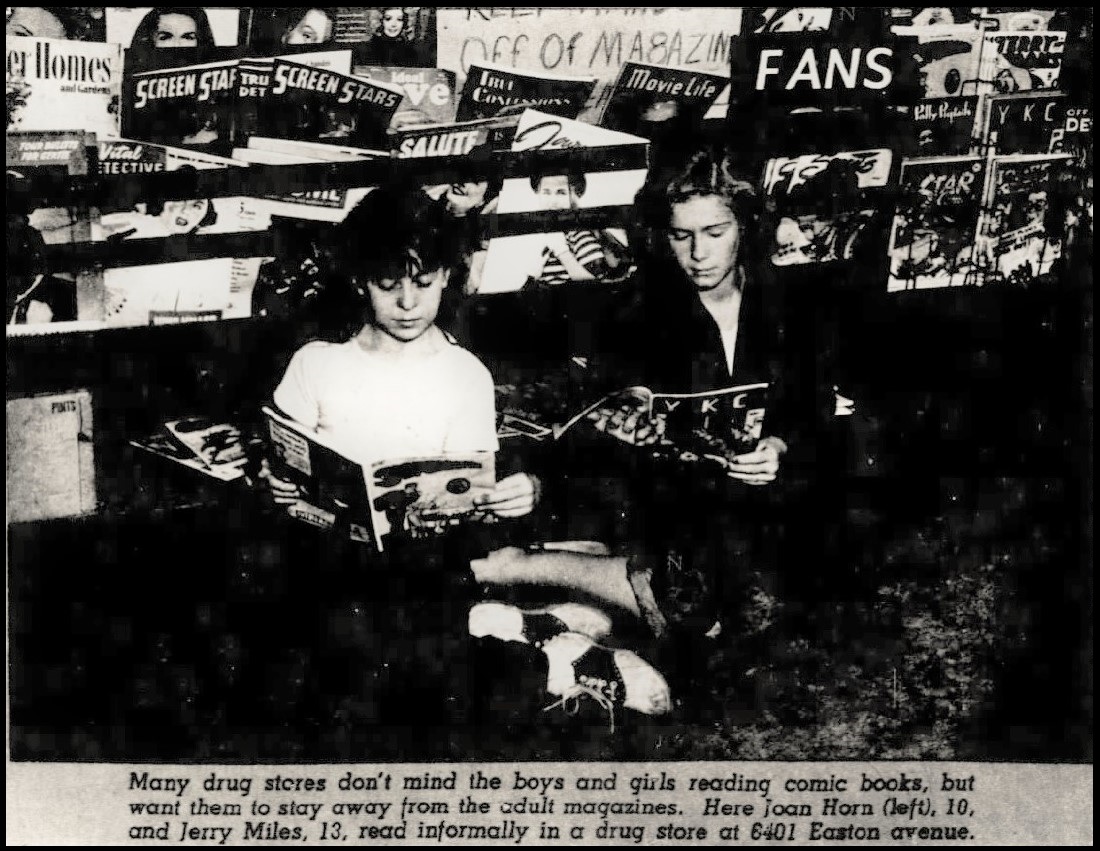 Girls reading comics in a nearby drug store