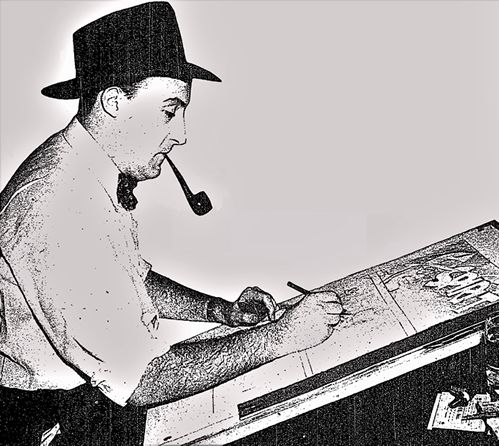 Will Eisner was the Colossus of Comics. With a career that began at the inception of the modern American comic book era back in the 1930s and spanned the history of the medium into the 21st Century, he both preceded and outlasted most of his contemporaries and was still producing quality work right up until the day he died in 2005.

Eisner was and still is, my comics idol. He has been the subject of my research, and much of my writing, for over a half century and I still marvel at the level of his talent whenever I find a rare gem or a forgotten piece of work by the man. To state all that he accomplished and the legacy he left behind, is a task impossible to relate in just one post, one book or one presentation.

I had the honor of giving a talk regarding Will Eisner and his career at the Saline District Library in Saline, Michigan during Will Eisner Week , on March 6, 2019, not coincidentally, the anniversary of his birth.

Below is the video recording of that presentation. Be forewarned: I’m not a professional speaker. But hopefully you will enjoy this walk through Eisner’s career via items from my personal collection and perhaps even learn something.

Saline District Library Presentation – Will Eisner from SCTN on Vimeo.